Our Energy Is Contagious 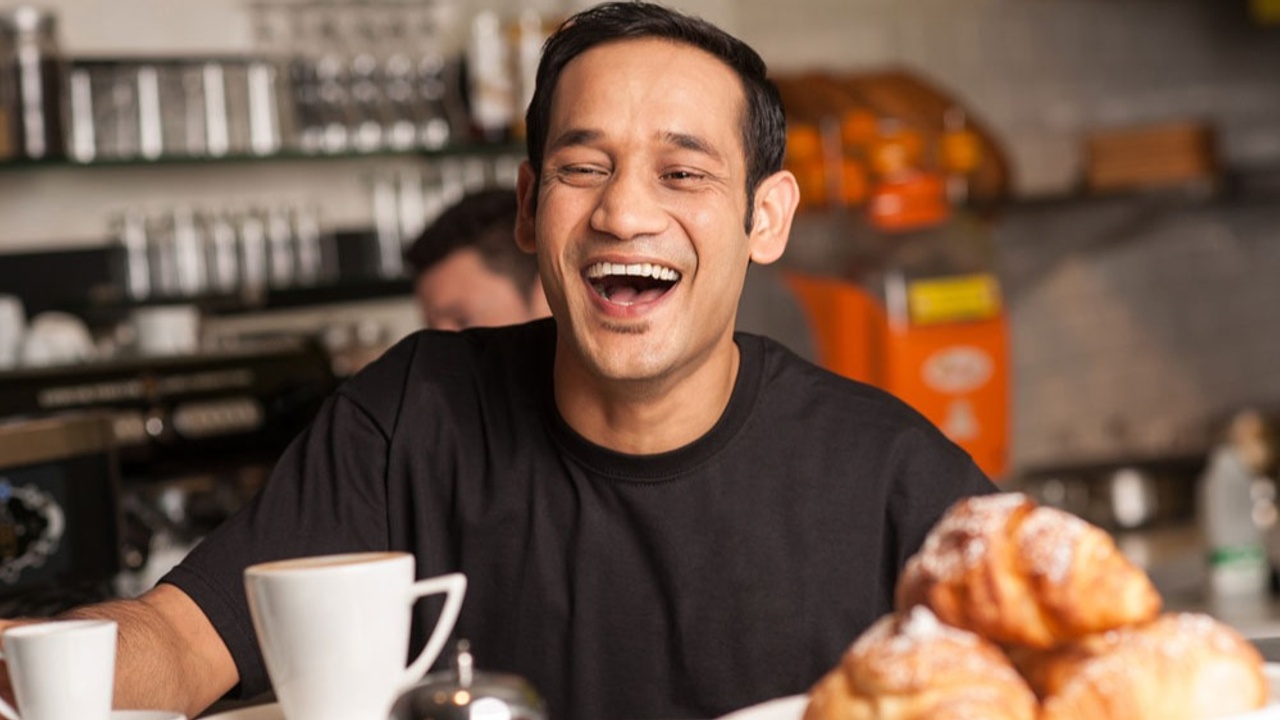 It was a gorgeous morning and promised to be a beautiful day. The temperature hadn’t yet hit 70 degrees outside, and the high would be only about 75.

My son and I decided we’d take advantage of the unusual weather before the temperatures quickly ramped up into the 100s, typical for late spring in Phoenix.

We decided to head out to a favorite nearby patio café to grab a bite and take in the beauty of the day.

Our first stop before heading out to the patio was the bakery counter, where my son would get his iced mocha and bagel with cream cheese, one of his favorite combinations.

The place is usually jamming, and this day was no different. There were three baristas behind the counter, cranking out orders at their usual rushed pace.

Depending on when we go, there are either high-energy servers or those that seem to suck away any good feeling you may have had before walking up to the counter.

Today was kind of in-between.

After the bakery, off to the bistro we went for "yours truly," who loves their tuna salad on a croissant. The sandwiches at this place are like nobody's business.

It was pretty busy here, too, but the gal seemed to have an upbeat attitude and politely communicated that she’d be right with us.

No problem. I was in no hurry and was happy to wait a few minutes for someone with a smile.

A couple of minutes after acknowledging us, she was still helping the same person, and a couple of lines were starting to form. Suddenly, out from the back came this young man who looked like he'd just lost his best friend. I figured it was that or he wasn’t feeling well.

Whatever the reason for his lackluster expression, his energy was just as contagious, and it began to seep into my space as he requested my order with a low grunt and a long face and proceeded to make my lunch. Not a nice feeling.

As I stood there waiting, I noticed a sudden shift in my energy, and a sense of uneasiness began to creep up on me.

As if on autopilot, I made the split-second decision to stop it right there in its tracks in an attempt to get back to my previous state, at the very least. So, I smiled and added an upbeat “thank you” to the young man for making my sandwich.

I’m not at all surprised at what happened next.

Not only did this turn around my entire perspective of the situation, but it also changed his state.  And as he rang up my order, I was aware that his body had loosened up, a smile appeared on his face, and he even expressed appreciation for my visit.

I felt even better than before because I knew I had added more happiness and support to this guy's day – and maybe even allowed him to de-stress a bit. I was once again ready to enjoy this time with my son.

Our energy is contagious. It doesn’t matter whether it’s good energy or bad.

When we can catch any negative energy in the moment and do our best to shift it toward the positive, we make a difference not only in the current moment or in the rest of our day, but there’s a ripple effect that goes farther and reaches more people than we’ll ever know.

When we make a habit of being present through regular mindfulness practice, we can more easily catch and turn around our negative thoughts based on our perceptions of what’s happening – and we’ll effectively change our lives and the lives of those around us for the better.